In stock
SKU
USAPFASLEAD
Be the first to review this product
Special Price $121.00 was $145.00
Compare

The USA PFAS/PFOS and Lead system comes with all parts for a 30 minute install by the homeowner. There is no need for an additional water faucet, as it's designed to hook up to your current kitchen faucet 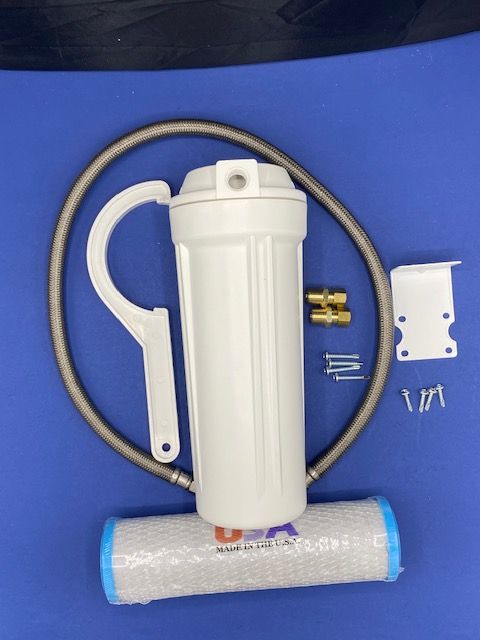 The USA PFAS and Lead Removal System is a complete, packaged system, made in the USA, and is designed to treat your drinking water to remove 99% of the lead and has been tested to remove greater then 90% of PFAS/PFOS/PFOA in the water(testing is being done now to certify a higher limit). The system will remove dirt, rust, lead, chlorine, cysts, cryptosporidium, giardia parasites, and now PFAS/PFOS/PFOA.

Are there health effects from PFAS?

There is evidence that exposure to PFAS can lead to adverse health outcomes in humans. If humans,  or animals, ingest PFAS (by eating or drinking food or water than contain PFAS), the PFAS are absorbed, and can accumulate in the body. PFAS stay in the human body for long periods of time. As a result, as people get exposed to PFAS from different sources over time, the level of PFAS in their bodies may increase to the point where they suffer from adverse health effects.

Studies indicate that PFOA and PFOS can cause reproductive and developmental, liver and kidney, and immunological effects in laboratory animals. Both chemicals have caused tumors in animal studies. The most consistent findings from human epidemiology studies are increased cholesterol levels among exposed populations, with more limited findings related to: