USA Filtration Systems Drinking Water Filtration system will replace the faucet-mounted water filter, counter-top system as well as the pitcher filtration system. Get Safe and Great Tasting Drinking Water Remove Lead, Chlorine, Cyst, and more from your drinking water. Our system can be installed under the sink to the existing plumbing, or can be hooked up to your refrigerator. All parts are included and the system can be easily installed in about 25 minutes. No need to call the plumber. 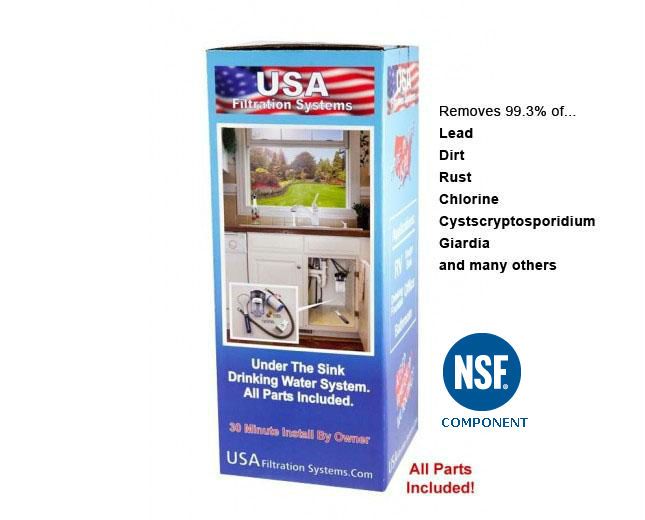 USA Filtration Drinking Water System Kit made in the USA and assembled in Michigan includes:

Water filter housing, made in California

The unbreakable Superb Wrench that is 50% larger for ease of removing the filter, made in Michigan

Note: We have replaced the clear housing with the opaque blue model due to the growth of algae that often occurs when the clear model is installed outdoors, in the sun, or in direct artificial light.